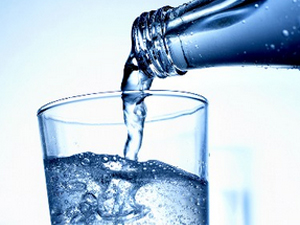 The water factory Saint John's, a project in which the Swiss company Aquawell Group AG invested EUR 10 million, was opened Friday (20 November 2015) in Kosjeric's neighborhood Banjica, and it will be producing 150 million bottles a year.

The opening ceremony was attended by Serbian Justice Minister Nikola Selakovic, Swiss Ambassador to Serbia Jean-Daniel Ruch and numerous guests. Selakovic reminded that the idea to open that kind of factory had been born more than 30 years before and that it had been realized with the help of foreign capital. He stressed that the priority objective of the Government was to put Serbia's economy back on its feet.

- The Swiss company has recognized a chance to invest in the economy of this area and build a factory of this kind in the heart of central Serbia. The Government of Serbia will continue to support companies like this one - said the minister.

One of the investors, Misa Jovanovic, underlined that the water factory in Kosjeric should be producing 150 million 1.5l bottles per year, which would put it among the biggest water manufacturers in the Balkans.

He stressed that a total value of this investment was EUR 10 million, adding that the investor was the Swiss company Aquawell Group AG, that is, their subsidiary in Serbia called Audiotel-V.

He also said that they aimed at selling about 30% of the production in Serbia and exporting the rest.

By the way, the water factory in Kosjeric will be producing mildly carbonated, carbonated, non-carbonated water, as well as water for babies and children, and the water from this factory will contain more minerals than usual.