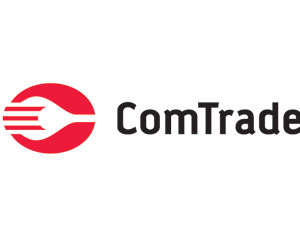 ComTrade signed partnership agreement with the European Center for nuclear researches (CERN). Within CERN open lab, where there are only ten world ICT companies, ComTrade will deal with questions of easier approach and more efficient data storage system management which is used in CERN, the company communicated.

- To be a part of the historical team which is in search for God’s particle is the biggest success of ComTrade so far! We are picked up to be one out of only ten IT firms in the world with which the European Center for nuclear researches CERN cooperates with –president of the ComTrade Group, Veselin Jevrosimovic said.

With the improvement of operational level, functionality and general management of this information system, ComTrade will significantly develop cooperation between an increasing number of scientific and research organizations included in experiments in the most powerful world accelerator of particles –Large Hadron Collider – LHC.

ComTrade officially joined CERN open lab, as a part of the support for research program of Large Hadron Collider. CERN open lab is a unique PPP which speeds up development of advanced solutions for LHC community worldwide as well as for extensive scientific researches. Through this open lab, CERN cooperates with leading ICT firms and research institutes, it was stated in the announcement.