Eurobank in Serbia declared the most active issuing bank in 2014 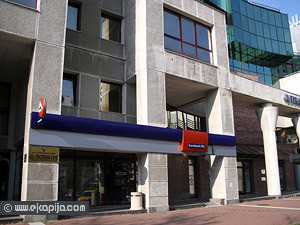 The EBRD’s Trade Facilitation Programme (TFP) has named Eurobank a.d. Beograd the most active issuing bank in Serbia in 2014.

Daniel Berg, EBRD Director for Serbia, says that Eurobank has been a strong partner in the region, adding that it has been operating in the country since 2003 and is ranked among the leading foreign investors and financial institutions in Serbia.

- It is our pleasure to honour its commitment and dedication to promoting trade in Serbia and the wider region. The work of Eurobank helps Serbia pioneer regional integration, as facilitation of cross-border trade lays ground for more cohesive inter-regional cooperation and boosts economic growth in the Western Balkans - Berg said in the EBRD release submitted to Tanjug news agency.

Launched in 1999, the TFP aims to promote foreign trade and currently includes over 100 partner banks in 26 of the countries where the EBRD invests, with limits exceeding €1.5 billion in total and more than 800 confirming banks worldwide. Since the start of its operations in Serbia, the EBRD has invested around €4 billion in over 190 projects across the country. The Bank invests in the financial sector, industry, commerce, agribusiness, energy and infrastructure.

Eurobank a.d. Beograd is part of the Eurobank Group, a European banking organisation with total assets of €75.5 billion, 16,990 employees and a network of more than 900 branches in Greece and abroad. Eurobank joined the TFP in 2011 and since then has supported the export and import operations of their clients.