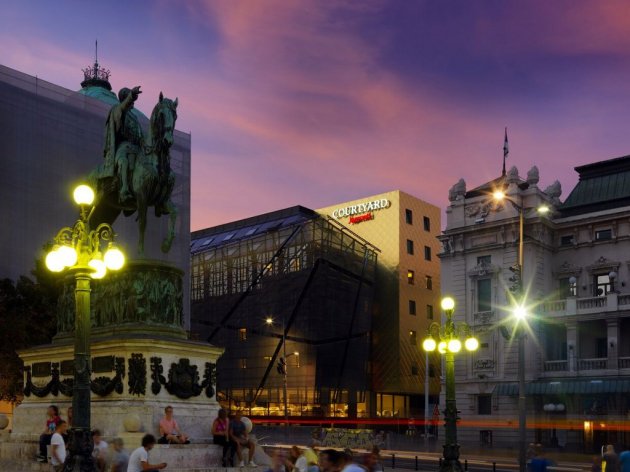 The new hotel in the very center of Belgrade, Courtyard Marriott - Belgrade City Center, will be officially opened on October 17th.

This EUR 30 million investment will operate in compliance with high global standards and requirements of the famous hotel operator Marriott International Inc. which manages 4,200 hotels worldwide. The investor is PSP-Farman that created over 100 new jobs with the construction of this hotel, which was completed in a record time of 14 months. A total of 169 companies were engaged in works, and more than 400 people applied domestic know-how and expertise to the creation of product that will host businessmen and tourists from all around the world.

The hotel is situated in the central city core of Belgrade, in the vicinity of Republic Square, between the National Theater and the National Museum, at 2 Vasina Street. It has eight floors and two underground floors that are used as parking space and the place to keep modern technology that is essential to the operation of this hotel.