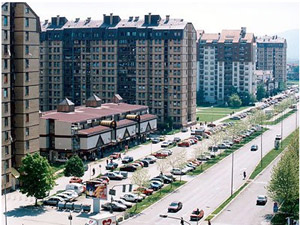 Jug heating plant, which heats about 10,000 apartments or a third of all remote heating users in Nis, is put back into operation today, after a renovation that cost EUR 2.5 million.

Money for setting up new boilers and other accompanying equipment was provided in the fourth phase of the Remote Heating System Revitalization Project financed by the German Development Bank KfW, representatives of the City of Nis, the public utility company Gradska Toplana (City Heating Plant) and the Serbian Mining and Energy Ministry said at the opening ceremony.

Zoran Predic, the state secretary in the Mining and Energy Ministry, reminded that the fourth phase of the project covered a total of 20 heating plants in Serbia. He stressed that the negotiations with the German Development Bank on the implementation of one more phase would begin the moment the fourth phase was completed.

Slobodan Maksimovic, the director of the Gradska Toplana company in Nis, said that KfW Bank made it possible to renovate 15 kilometers of hot water pipeline in Nis in addition to the heating plant Jug.