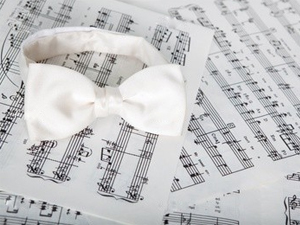 After a session of the Organizing Committee of the Belgrade Jazz Festival, Belgrade City Manager Goran Vesic announced that the Heritage House at 46 Knez Mihajlova Street, with a surface area of 200 square meters, would house the Jazz Museum, it was announced on the Beoinfo website.

– This initiative, which came from the Heritage House, was accepted at a session of the Organizing Committee of the jazz festival. We will do all we can to get the space ready to house the Jazz Museum given that Belgrade has a really long tradition when it comes to jazz music that is played in the capital since 1926, for almost as long as in other countries of Western Europe. The Blam family has a rich collection consisting of over 1,000 items that can be exhibited in this museum. This won't be a classical museum, but also a place where people can listen to jazz. Given that it will be situated in Knez Mihajlova Street, it will be an addition to the tourist offer of the city and something all of us will be proud of - Vesic stressed.

He voiced his expectation that the 31st Belgrade Jazz Festival will be the best so far in terms of organization and performers.