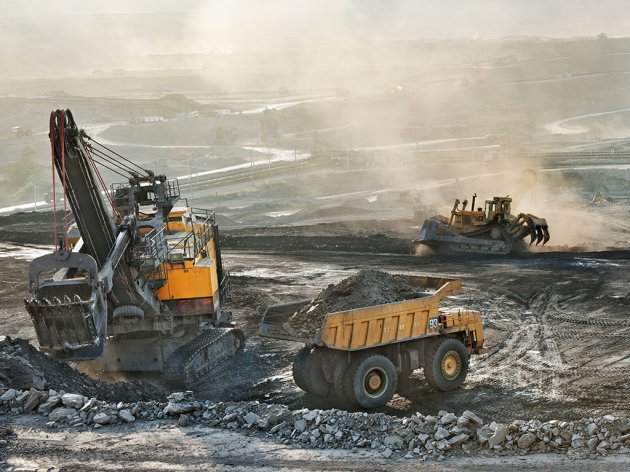 (Photo: worradirek/shutterstock.com)
In Murgas village, at Ub, plant for production of coal briquettes Best Energy Briquette where 40 employees were hired and where RSD 60 m were invested opened.

It was planned 20 people more to be hired and the plant was opened in abandoned production halls of former Rad company, independent internet newspapers "Kolubarske.rs" reported.

Coal briquettes are new fuel at the Serbian market and are produced form coal dust from Vreoci which is pressed under high pressure.

Coal dust which is result of coal drying process in Vreoci has not been used so far as raw material but it used to end up at landfill or in boiler rooms of thermal power plant in Veliki Crljeni, with almost no usage.

Now, a caloric product which is economic, clean and convenient for all kinds of furnaces and boilers is made. It is packed in bags of 12 kg, without dust. The advantage compared to other fuel is higher energy power so one ton of briquettes replaces four cubic of wood. In the process of its production, German technology adapted to raw material from drying facility for coal in Vreoci is used.

- For years, unsuccessfully, the Mine Basin Kolubara has been trying to sell coal dust which is a huge trouble spot in dry coal production – GM at MB Kolubara, Milorad Grcic said to journalists.

- A number of investors were coming, we would accept as they wanted to announce sale of coal dust. However, everybody gave up when they realized it takes investing funds in opening the plant and everyone visited Kolubara only once – Grcic specified.

As announced, with new investments in Murgas, by the end of October, production capacities will double so instead of current 50 it will total 100 tons of briquettes per day.

Only logged-in users can comment.
Latest
Most read
Construction of Highway from Belgrade to Sarajevo to Begin in Spring – Problem with BiH Section 04.12.2020.
Biochip for World’s Fastest Coronavirus Test Being Made in Vienna 04.12.2020.
Repayment of Debt to Azerbaijan for Cacak-Ljig Road Supposed to Lower Public Debt Rate 04.12.2020.
MATIC: Market ready for potential new lockdown 04.12.2020.
Aks Express Kurir Invests in Fully Automated Sorting Center with a Capacity of up to 100,000 Shipments a Day 23.11.2020.
Coronavirus Increases Demand for Plastic Packaging in Pharmacological and Chemical Energy – Umprom Building New Factory in Stara Pazova and Doubles Production 03.12.2020.
Project of High Speed Route to Connect Backa and Banat Initiated – At 100 km/h from Hungarian to Romanian Border in Four Lanes 02.12.2020.
Simpo Selling Industrial Facility in Vranjska Banja 30.11.2020.
Weather
Weather forecast