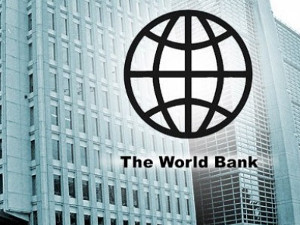 The Executive Board of the World Bank (WB) has granted a results-based USD 100 million loan to Serbia for a project aimed at raising the competitiveness and creating new jobs. This loan was approved yesterday, the World Bank announced.

The green light for the Competitiveness and Jobs Project came one day after the meeting between Serbian Prime Minister Aleksandar Vucic and WB President Jim Kim in the headquarters of this organization in Washington.

Since the outbreak of global economic crisis in 2008, Serbia has been facing a slow economic recovery, WB noted. With a commitment to reforms, economic situation started improving in 2015, so that the economic growth is now positive, exports are on a rise, while the employment rate has been going up since the start of the year.

But, although Serbian implements deep economic reforms relating to state-owned enterprises and public management, there is so much yet to do in order for the private sector to trigger the economic growth.

- Creating new jobs for young people is the top priority in Serbia. That was underlined by the prime minister at the meeting the day before yesterday, and we reacted with a project that would focus on the problems he is concerned about and strengthen the investment promotion, encourage innovations in the economy and help young citizens of Serbia connect with employers - said WB Vice President for Europe and Central Asia Cyril Muller.

The Competitiveness and Jobs Project aims to create a better investment climate, encourage innovations and entrepreneurship, as well as to provide services that could help connect workers and employers.