Production restarted in Valjevo-based Krusik - Getting old customers back 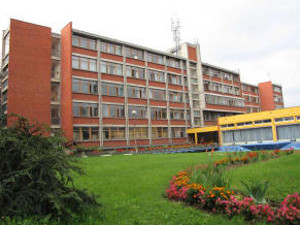 (Photo: krusik.rs)
Production in the facilities of Krusik akumulatori in Valjevo, the only manufacturer of nickel-cadmium and silver-zinc batteries in southeast Europe, was restarted last week, after a break of nearly two and a half years.
After the Privatization Agency revoked all its previous decisions in late July, thus confirming that the buyer met all the obligations from the privatization agreement, both old and new buyers started calling this firm again.
- Last Monday saw the start of processing of used silver-zinc batteries, whereas production lines for nickel-cadmium batteries will be put into operation as early as around the middle of this week. Batteries will be produced for our old customers, such as the Albanian Railways and shipyards in Croatia - says Dalibor Savkovic, the general manager of Krusik akumulatori.
Savkovic adds they are about to finish talks with two new buyers, one from Hungary and the other from Lithuania, voicing his expectation that agreements with them will be signed in the weeks to come. The daily Danas reports that a delegation of Krusik akumulatori visited Germany's GAZ, the biggest European manufacturer of nickel-cadmium batteries, in early August.
Also, a delegation of the French manufacturer SAFT announced it would visit Krusik akumulatori in mid-September.
Companies:
Krušik - Akumulatori a.d. Beograd
Krušik - Akumulatori a.d. Beograd
Agencija za privatizaciju Republike Srbije Beograd prestala sa radom 29.01.2016.
Tags:
nickel cadmium battery
silver zin battery
Dalibor Savkovic
GAZ
SAFT
Share: