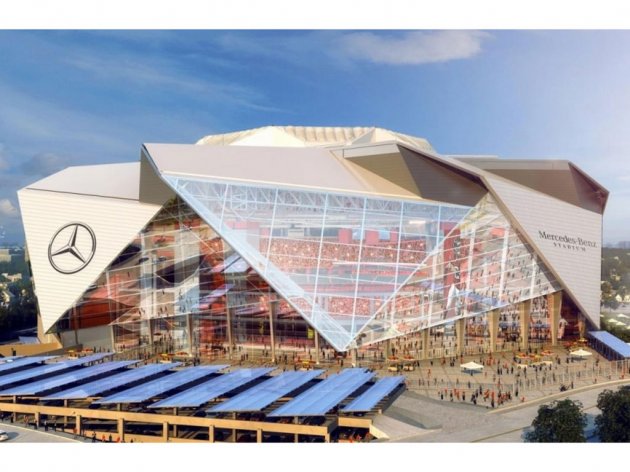 future look of the stadium

Mercedes-Benz USA and AMB Sports&Entertainment have officially announced that the German carmaker acquired the rights to name the new Atlanta stadium to serve as a home of Atlanta Falcons in NFL.

This facility should be finished in 2017.

Not all details have been disclosed so far, but it is for sure that Mercedes acquired the rights to name the stadium until 2024.

Besides, it was announced that the construction of this complex whose sketches were impressive would cost about USD 1.2 billion.

The future stadium with a retractable roof inspired by Roman Pantheon will hold about 83,000 spectators, the web portal vesti.mojauto.rs reports.