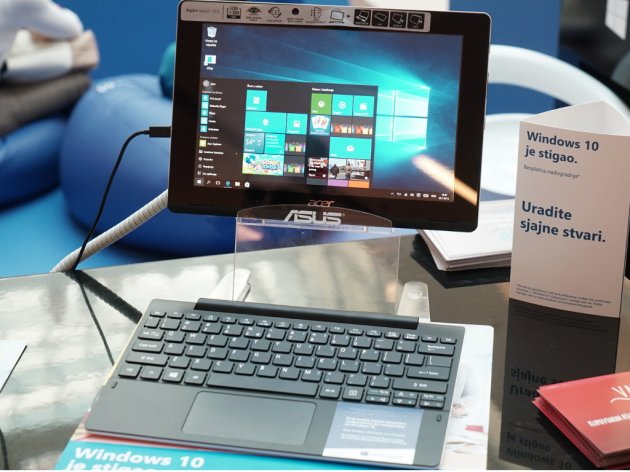 Microsoft Corporation has announced that Windows 10 will be available July 29 in 190 countries as a free upgrade across all devices. Windows 10 features novelties such as Cortana2, Xbox app and Microsoft Edge for familiar as well as a more personal and productive experience. As the most secured Windows ever, Windows 10 will deliver ongoing feature innovations and security updates.

Microsoft Srbija and Usce Shopping Center organized Wednesday (29 July 2015) a presentation of long-awaited official Windows 10 OS at the Microsoft booth, it is said in a release.

As part of the activities aimed at introducing users to the new Microsoft OS, which were organized all around the world, Microsoft Srbija and Usce Shopping Center presented the characteristics of Windows 10 to the media, fans and all interested visitors, explaining them how to become the users of the new operatings system.