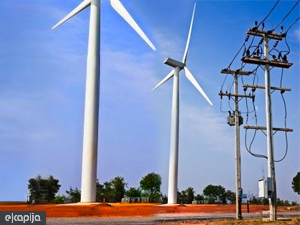 The European Bank for Reconstruction and Development (EBRD) has approved a EUR 48.5m loan for construction of the first wind power plant in Montenegro, to be located in Krnovo near Nikšić. The power plant will produce six percent of Montenegro`s electricity.

In its press release the EBRD said that KfW IPEKS-Bank GmbH, a subsidiary of KfW, is providing a loan of the same amount in parallel.

In a broadcast by Radio and Television of Montenegro, the EBRD was also quoted as saying that this is the first large-scale investment in Montenegro`s electricity generation capacity since 1980.

According to the press release, once constructed and operational the 72 megawatt (MW) wind power plant will represent eight per cent of installed capacity and six per cent of electricity production in Montenegro.

The wind power plant will be built and operated by Krnovo Green Energy, a private Montenegrin company.

The EBRD noted that this is the first private wind financing not just in Montenegro but in the wider region: Serbia, Bosnia and Herzegovina (BiH) and Albania.

“With this project the EBRD will have committed EUR 493.5m in 45 projects, generating more than EUR 960m of investment in the country. EBRD investments cover the whole range of Montenegro`s economy” stated the press release.