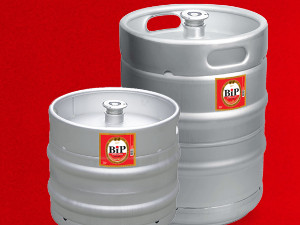 Yesterday, at the Meeting, they were not satisfied for that and outlined that the Agency for privatization made a mistake since it has never released tender for company sale. Apart from the procedure, as they claim, the Supervisory Board adopted the proposal to sign the contract with the company for engineering and services "M-6 Eden dooel", which Janevski set up in Belgrade a few years ago.

- Our company was rented to a company registered at the ABR June 23 with the starting capital of RSD 600.000 and one employee - Slavko Popovic, one of the minor shareholders’ representatives said. – A day before that, the Supervisory Board considered their offer. The contract stated that new employer will keep 150 people and it means that 350 of them will lose their job. There also states that Janevski will invest EUR 30 m in Serbia but for BIP, it was specifically stated that they will give only EUR 50.000 for office rent. We think the contract is harmful for the company and shareholders. We are asking for responsibility of all those who signed the contract because there has been no sales advertisement.

Vojislav Corovic, who as a member of the Supervisory Board attended the meeting where the offer of Macedonian businessman was considered, agrees with him as well.