Contract on construction of aqua park in Vrnjacka Banja signed 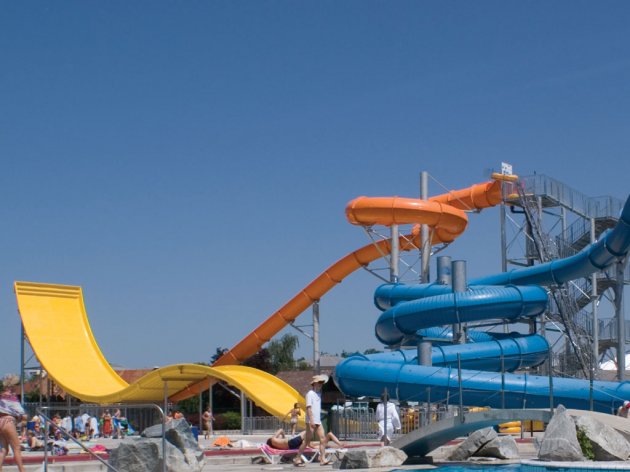 Illustration
The official presentation of one of the biggest investments in the previous decades in Vranjcka banja, construction of aqua park as well as official signing of the contract on the construction was carried out on Friday, June 12, 2015 at the meeting of the Business council of the town.

Aqua park totaling six million will be built at the location of current Raj stadium on 3,27 ha.

The project implies construction of an aqua park with modern and attractive facilities for 3000 visitors.

The head at "Alex Company" Aleksandar Obradovic said the inevstro of teh project is Slovenkian "OT invest" iz Slovenije, and that "Amiga" and them are contractors.