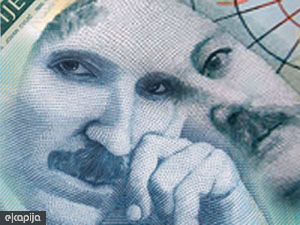 Jorgovanka Tabakovic, the governor of the National Bank of Serbia (NBS), said that consultants were selected to carry out the testing, that is, the quality check of overall performance of banks in Serbia as demanded by the International Monetary Fund (IMF).
She also told the daily Vecernje Novosti that the huge problem of non-performing loans would be neither quick nor easy to solve.
- A sustainable solution to this problem requires coordinated activities by a large number of institutions. That's the reason why a Task Force has been formed, and the Strategy won't call for individual actions or special measures for certain banks, but for a whole set of activities that should contribute to stabilization across the entire system - said Tabakovic.
She added that the level of non-performing loans would be then reduced.
Answering the question if there were banks that must increase their capital based on the stress tests done so far, she said that the results by banks cannot be published publicly due to a possible wrong interpretation.
- All results are published within the Annual Report on the Stability of Financial System and are available to the public as such - she noted.
Vecernje Novosti reports that Serbia still have a big problem with non-performing loans that account for about 24% (about EUR 3.5 billion) of all loans in the country.
Companies:
Narodna banka Srbije Beograd
Međunarodni monetarni fond - MMF Beograd
Tags:
NBS
Jorgovanka Tabakovic
non performing loans
NPL
bank quality check
stress test
Share: