NALED gets new members of Supervisory and Managing Board 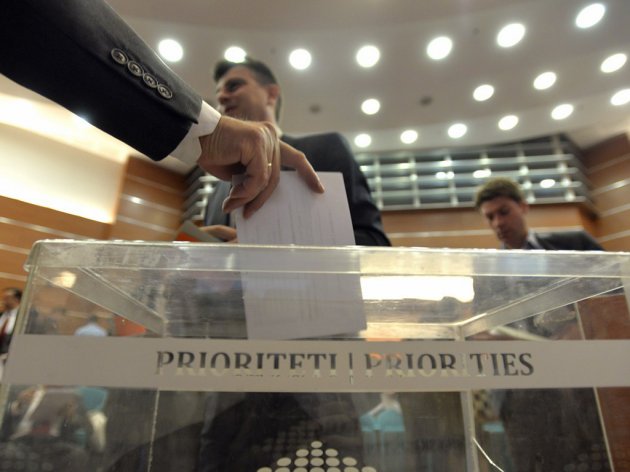 The National Alliance for local economic development (NALED) has appointed new members of Managing and Supervisory Boards on Friday, April 17, 2015 and from the Election Assembly it was communicated it will continue to work on promotion of business environment, competitiveness strengthening, grey economy decrease and facilitation of different procedures.

New Supervisory Board members are president of the municipality of Vrnjacka Banja Boban Djurovic, Dragan Djuricin ("Deloitte"), member of executive board at Procredit bank, Igor Anic, head of "Energoprojekt" Vladimir Milovanovic, as well as Suzana Radovic from "Cisco".

New Managing Board members are Vladan Atanasijevic, head in "Asseco" and current president of Managing Board at Naleda, Dimitar Andonov from "Coca Cola", Stanka Pejanovic from "Gorenje", Ernst Bode from "Messer Tehnogasa", as well as Vojislav Genic from SAP.

The Managing Board members will also be representatives of local self-governances, president of Sremska Mitrovica, Branisav Nedimovic, the major of Novi Sad, Milos Vucevic and president of Pirot, Vladan Vasic.

When it comes to reps of non-governmental sector, new member of the Managing Board is Ana Brnabic from Pexim foundation.

The minister for governmental administration and local self-governance Kori Udovicki outlined that representatives of NALED poured great efforts and energy in the work to adopt important laws on planning and construction and law on inspection supervision.

She added that the law on general administrative procedure will be support to strengthen the effect in these two laws.

Udovicki outlined the Government is focused on implementation of new tasks which are pre-requisites for creation of predictable business environment through implementation of the Law on inspection supervision as well fight against grey economy.

As she announced, the governmental plan for fight against grey economy should be prepared soon.

She said that detailed talks with EU which has been preparing sectorial budget support as of 2016 have been in progress so that Serbia would be aligned with administrative space.

The EU Delegation head in Serbia, Michael Davenport, said it is important to create as good business environment as possible and business climate in Serbia.

He pinpointed the importance of harmonization of regulation in Serbia with EU which would, as he said, contribute to predictable environment.

It should, he says, attract companies to invest and open new vacancies in Serbia.

The USA ambassador in Serbia, Michael Kirby, said that long-term economic development is important for Serbia’s accession to EU.

It is important, he outlined, to conduct reforms in order to fight grey reforms as well as to promote services for citizens.

The Austrian ambassador, Johannes Eigner, outlined that it is important to strengthen the feeling of responsibility and that mutual activities on promotion of business environment should be seen as mutual activity.

Support to Serbia on its way to EU is important, he said.

President of the Managing Board at NALED, Vladan Atanasijevic, said that it is important to strengthen competitiveness of Serbia on its way to Europe and that in the next period NALED will fight against grey economy, support certification of municipalities with favorable business environment as well as implementation of issuance of electronic constriction permits as well as development of services at the local level.

After election assembly, NALED’s Strela awards were delivered to partners who deserved.