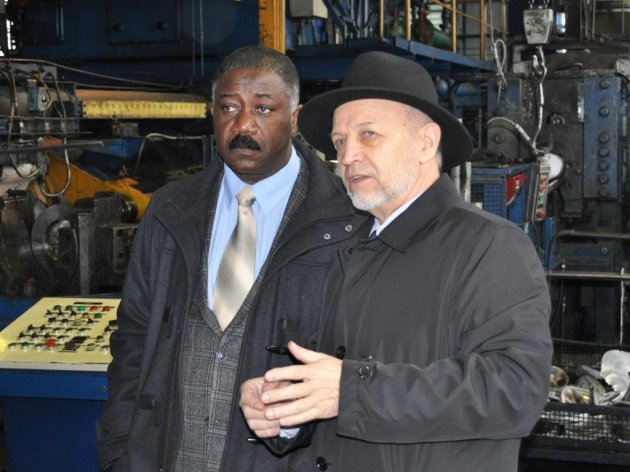 Pancevo-based Tehnomarket is trying to expand market for goods, services and technology to Angola so the company was therefore visited by the ambassador of Angola, Jose João Manuel and talked with the head of Tehnomarket, Miroljub Krsanin.

The company has been operating at the market of Africa for more than 10 years: in Equatorial Guinea, Benin, Ghana and Algeria with ambition to expand to new countries. Tehnomarket operates also in France, Austria, the Netherlands and Slovenia, Russia, Azerbaijan and UAE.

-We have had intensive contacts with companies from Angola for a certain period of time. The visit should confirm their determination for some mutual investments. Angola is a country where economy is developing and it also has extensive resources which we are interested in. We are glad we could present the city of Pancevo also to our guests today as a place where it can be invested – president of Tehnomarket, Miroljub Krsanin said for RTV Pancevo.

The City administration of Pancevo supported Tehnomarket’s future presentation at the market of Angola so deputy mayor, Sasa Pavlov, also discussed with the ambassador of Angola. The ambassador Manuel used the first visit to meet other potentials of the city, agricultural first of all.

-We came to see region’s potentials. We are very interested in expansion of cooperation between Angola and Serbia. We know the region is industrial one. At this moment, agriculture is one of the priorities of Angola. Majority of people in Angola lives in rural areas and therefore agriculture is very important for us – Jose João Manuel said for RTV Pancevo.