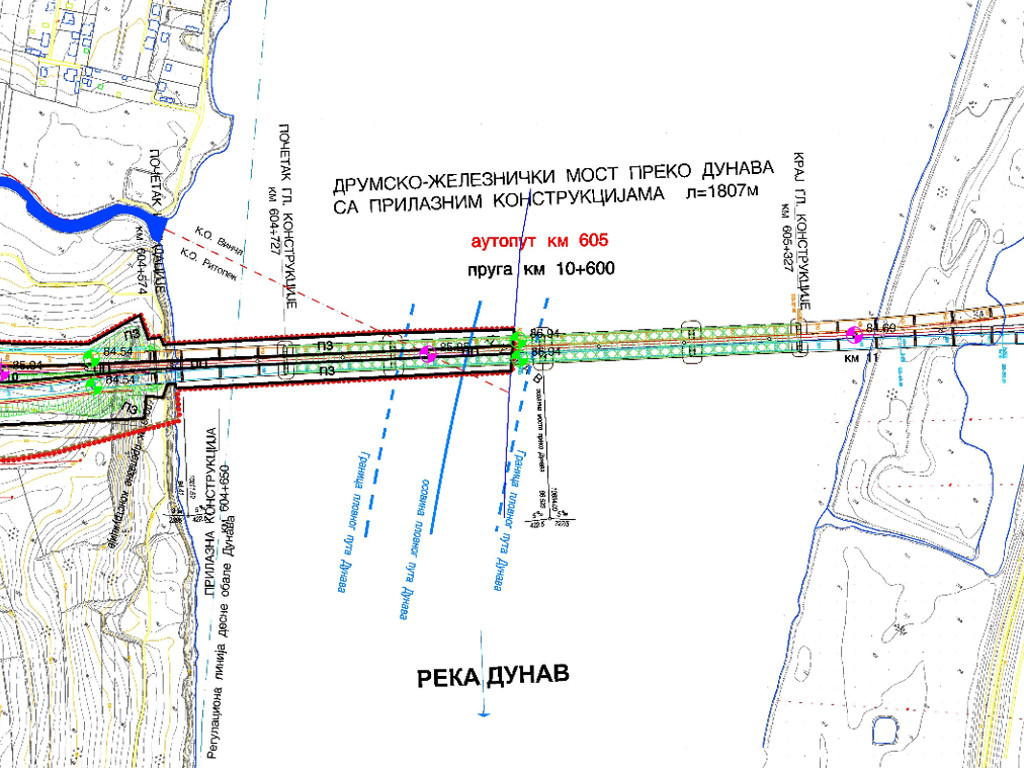 The bridge at the Danube at Vinca with access road and a railroad will cost some EUR 140 m and the Chinese have already entered the game for funding of this large project.

New road and railway bridge is a key one to build Belgrade on water since it will exclude freight trains from the city center and it will complete road bypass around Belgrade.

This will directly connect the highway with Banat main roads so drivers will not have to enter Belgrade or Pancevo.

- It is estimated that the construction would last for three years. Potential construction is planned through concession or PPP was planned with Chinese partners. Total investment is some EUR 470 m, EUR 129 m of which is necessary to set aside for road and railroad bridge– the Ministry of construction says for Blic.

The documentation for bridge and bypass construction has been under preparation for some time, general and preliminary projects have been done and have been in approval status as well as environmental impact assessment. The City of Belgrade and the City of Pancevo adopted the detailed regulation plans.

- Still, the project of obtaining construction permit lacks and funding sources have not been defined yet so it cannot be defined when the bridge and railroad construction will start. ,. It is obvious the works will start, which is why documentation is under preparation – Zeleznice explain.

After the bridge construction, freight trains will not travel the railroad around Kalemegdan.