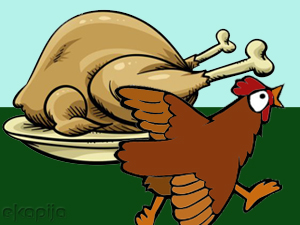 Searching for partners to help it expand production and make full use of its available capacity, Agroprodukt-Sinkovic from Becej, a leader in the production of eggs and poultry in the region, is looking at distant markets as well, primarily demanding and paying consumers in the Near East.

With the help and support of Serbian Business Council that has an office in the United Arab Emirates, the director of Becej-based Agroprodukt-Sinkovic, Lasla Sinkovic Jr., has recently travelled to this wealthy Arab country as a member of delegation of Serbian businessmen.

Upon his return from the Emirates, people at Agroprodukt-Sinkovic got down to work on a study that could help them compete with chicken producers from South America, which is not a small challenge.

- They have cheaper soybean which dominates poultry feed. When it comes to growing chicken, food is the greatest expense. They're aware that the price of our product will be higher, but they're still interested in working with us because they know we do not use genetically modified soybean. Many people expressed interest in cooperation with manufacturers from Serbia, making me optimistic - Sinkovic explains.

Given that Agroprodukt-Sinkovic has been applying the highest standards to the production of poultry and eggs for a long time, no big investment is expected if the deal with Arabs is landed. The biggest investment would be to build a slaughterhouse in line with the standards for the Arab market, which is exactly why Agroprodukt-Sinkovic is looking for a financial partner in the Emirates.