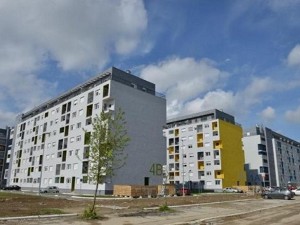 The Construction Directorate of Serbia has announced today it agreed with residents of two buildings at the Dr Ivan Ribar settlement in Novi Beograd on solving problem of unpleasant smell and evaporation caused by irregular oplatol.

As it was announced at the Directorate, 70% of citizens opted for building reconstruction i.e. demolition while the rest decided for contract termination or replacement of a flat owned by the Directorate.

After signing the contract with 199 flat owners, the Directorate will own the flats and start facility reconstruction.

It is estimated the reconstruction will last 12 months as of the moment contractor enters the construction site and precise deadlines will be known after public tender procedure ends and contractor is selected.

During the reconstruction, the Directorate will bear all the costs of residence for another flat rent and other supplementary costs, it was announced.