(Photo: Rajko Karišić)
The eKapija investment team has recently done an analysis and formed a ranking list of investments and investment ideas that attracted the greatest attention of eKapija users in 2014. The results are very interesting, some are expected, but there is a plenty of surprises, which is why we have decided to share this information with you.

The year behind us will surely be remembered for disastrous floods that took place in May. Although the domestic agricultural sector suffers damages because, instead of using adequate irrigation and drainage systems, our farmers watch the sky, there was nothing that could have been done to protect arable land in Serbia from a natural disaster of these proportions. Floods in May caused direct and indirect damages to agriculture totaling EUR 228 million. After all, the most important is to learn something from this disaster and protect our "factories in the open" in the years to come.
In 2014, the Serbian government adopted the Strategy for Agriculture and Rural Development of Serbia by 2024, which we all expect to meet its objectives - improvement and modernization of agricultural production, enhancement of quality of life in rural areas, sustainable resource management and environmental protection in the next decade.
Based on our list, we can notice that the year 2014 was marked by takeovers – the acuisition of Foodland was the most discussed of all, but our list also includes Al Dahra, which bought a 51-percent stake in Belgrade-based Rudnap Agrar, and the takeover of part of Agroziv by the domestic company Mibras.
Judging by the interest shown by our readers, we can also deduce that investments in cattle breeding in Serbia are gaining in significance. Two investments have already been made in Indjija and its surroundings, production in some of the Agroziv facilities has been restored, and the biggest investment in that field is yet to come from Germany's Tonnies. 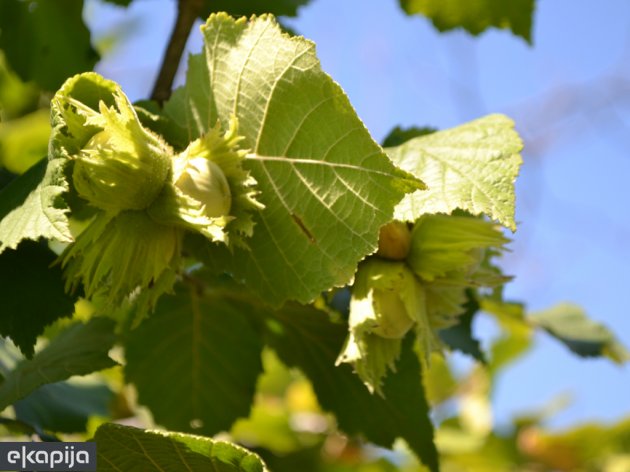 (Photo: Suzana Obradović)
Investments in wineries and vineyards dominate eKapija's ranking list. What is particularly interesting about "wine stories" is that they are not focused only on wine making, but also on accommodation facilities, wine tasting rooms, wine tours and other things offered by wineries.
The investment team of our web portal has noticed that many big investments are announced, but that we are still waiting for some concrete actions. One of these announcements is exactly what attracted the greatest attention of eKapija readers last year. Topping the list is the news that Ferrero plans to start hazelnut production in Serbia. The plan is to expand the area planted with hazelnuts in Serbia from current 1,000 to 10,000 hectares by 2020 with this project. The first hazelnut plantation of the Italian company Ferrero in Serbia will be located on the land lots of the agricultural company 7. juli in Sirig. However, there's an obstacle. Namely, the Development Fund of Vojvodina insists on the settlement of debt of the Aleksa Santic company which Ferrero wants to buy.
Second-ranked investment in 2014 on our list is the news that Croatia's Atlantic Grupa bought Belgrade-based food company Foodland whose most famous brand is Bakina Tajna. Foodland products are available in more than 20 countries, and about one third of production is exported to the countries outside our region - western Europe, USA, Australia, Russia, Japan... Atlantic Grupa promised to invest EUR 3 million in suppliers and equipment and EUR 4.5 million in business within the next five years. The acquisition of Foodland and its production facilities is expected to be completed in early 2015 if the Commission for Protection of Competition approves the purchase. 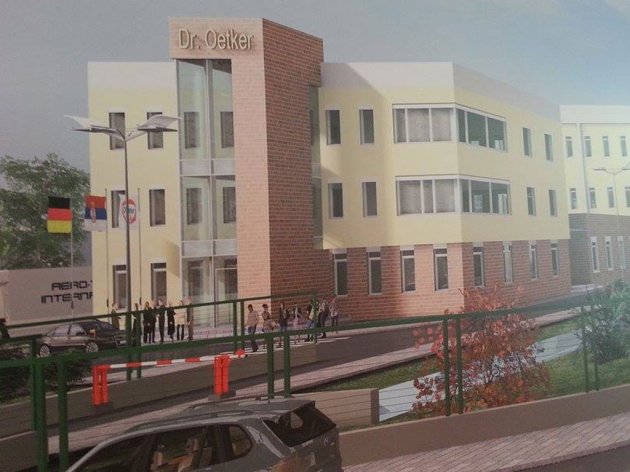 The third place goes to Dr.Oetker Srbija's investment of EUR 9.5 million in the construction of factory on 4.5 hectares of land in Simanovci, which commenced April 2014. It was announced that all the work would be finished in 18 months, meaning that we can expect the first office space of this German company in Serbia to open in the first half of 2015.
The fourth place is held by the story about the biggest winery in the Balkans - Toplicki vinogradi, which was opened in early November in the village of Gojinovac near Prokuplje. The winery is situated amid vineyards stretching across about 80 hectares. So far, a total of about EUR 6 million has been invested in it. This winery is owned by Milomir Kovacevic who lives in Spain for 25 years now. As it was announced, Toplicki vinogradi's plan for this year is to plant another 80 hectares with vine.

eKapija’s team ensured there is a heaven on the Earth in Serbia when it visited the Sapat wine house in Novi Slankamen which is the fifth-ranked at our list. There is a nice restaurant next to the vinery as well as suites. Vineyards occupy 8 ha of land. The vinery capacity is 100.000 bottles and in the next years, they are planning to boost production from 80 to maximal 90.000 bottles.

The sixth-ranked is another announcement of another German company – Tonnies. Namely, after the visit of the Prime Minister, Aleksandar Vucic, to Germany, president and the owner of this German company, Clemens Tonnies outlined he is interested in starting production in Serbia, which would increase not only meat production but cattle fund as well. There were talks that “German king of meat” is interested in 15.000 ha of land where it would open farm of 1.500.000 pigs. Specific agreements have not happened yet. 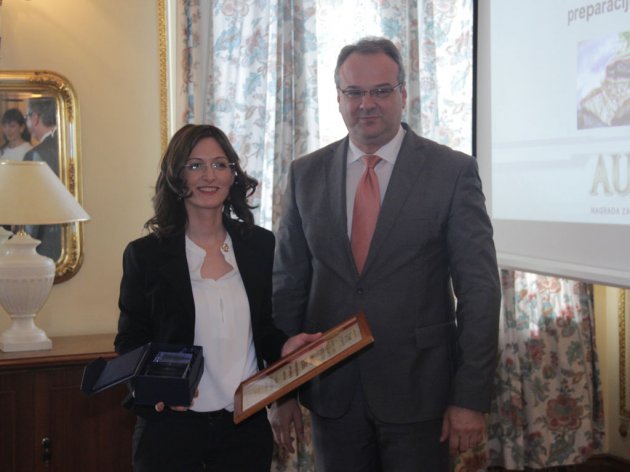 The seventh-ranked is Desing, the winner of the award for Aurea 2014 award for the investment fo the year which our portal delieverd for the sixth year in a row. Belgrade-based company operating in production of fruit preparations, started in 2013 in its Knjazevac-based section industrial production of semi-canned cherry in line with innovative technology which decreases sugar concentration up to 20%, at the same time keeping sensor product features. Along with technology development, Desing developed technological equipment and set up its Innovation center where it will continue working on development of production processes. Desing is export-oriented and it is one of three approved suppliers for McDonald’s in Europe.

The eighth-ranked is another announcement of another German investment. It is the Solventus company known for fruit and flowers vegetable production which in April signed Memo of business and technical cooperation with the City of Smederevo. It was then announced that in a month, contract can be expected to be signed. The Memorandum says that they are interested in “construction and long-standing functioning of nurseries for vegetables production”. German are looking for 200 ha to rent. During three years, they would pour EUR 350 m where 1500 people would work and annual production output would be 80.000 tons of vegetables. However, they did not go a step further. 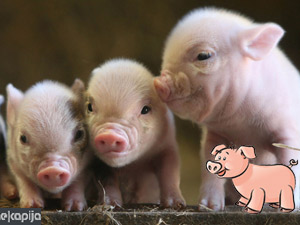 In early 2013, there was the signing of pre-contract with Al Dahra on investing in agriculture in Serbia. Although, investment of EUR 200 m in Serbian agriculture from the Emirates was announced, currently the only safe investment is the acquisition of 51% stake at Belgrade-based Rudnap agrar which ranked it ninth. Vojin Lazarevic, owner of Rudnap outlines that he did not sell his company but it is a joint venture with one of the world leaders in agro business from UAE. Al Dahra and Rudnap will mutually manage 500 ha of land , which is mainly planted with orchards. They have huge plans for exports to Russian market and the Bay countries.

Mibras from Belgrade bought a part of capacities at Agroziv in bankruptcy and it soon started production and processing of chicken meat in its Zitiste-based production departments. This made them tenth-ranked. After Agroziv encountered problems, 500 people could have left their jobs. Thanks to investment of BG Mibras, they now have more than 500 people who process 20.000 chickens a day. 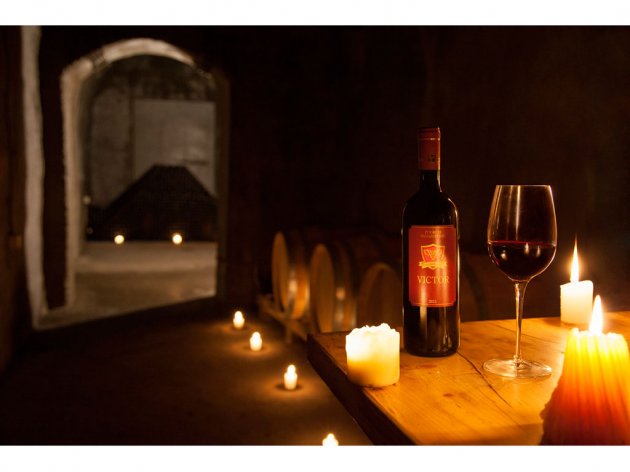 Wine houses have always been interesting for our readers so wine house Rogan from Topola is eleventh-ranked, thirteen-ranked is Wine house Acumincum in Stari Slankamen built on the foundations of a medieval hammam, and fifteen-ranked at our list went to Belgrade wine house Panajotovic whose wine basement in Senjak mine is open for visitors.

The twelfth-ranked is Cyprus company, Kostas A Zacharia which opened the facility in Indjija where it employed 170 people and announced 150 hires more in 2015. Another investment in cattle breeding industry took fourteenth position – the most modern domestic farm of pigs in Ljukovo at Indjija with 50.000 pigs where Knez agrar poured EUR 6 m in its construction and equipping .

Take a look at the complete ranking list of investments in AGRICULTURE AND FOOD INDUSTRY and compare it with your own opinions, expectations and assessments.

One more thing - have you already read which projects attracted your greatest attention in the HEALTHCARE category?