As of January 1, allowed aflatoxin quantity in milk up to 0,05 micro grams per kilogram again 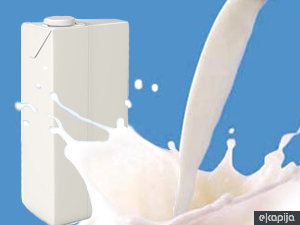 As of January 1, milk at domestic will have allowed level of aflatoxin up to 0,05 micro grams per kilogram.

- As of January 1, the Regulation which will allow the aflatoxin level up to 0,05 micro grams per kilogram of milk will become effective. Extraordinary result was achieved in very short time, significantly shorter than producers from some other more developed countries did – the minister of agriculture and environmental protection, Snezana Bogosavljevic Boskovic said.

She reminded that in many EU countries for alignment with this standard, from 0,5 to 0,05 mg per kilogram, it would take seven years while we implemented it in significantly shorter period of time.

- We will use this standard in the next period as well. This result was achieved thanks to responsible and coordinated work of farmers and our expert teams on-site - Bogosavljevic Boskovic outlined.

Health safety and agricultural products quality will in the next period also be one of our priorities, she said.

According to her, it is the implementation of the system for easier and faster control and everything has been done so that the National referential laboratory starts functioning as soon as possible.