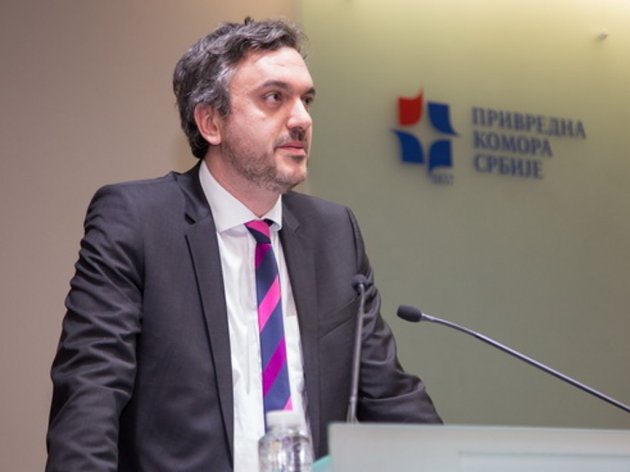 We are facing a complicated and complex process, practically reorganization of entire chamber system in Serbia, newly-appointed president of the Serbian Chamber of Commerce, Marko Cadez, who will take over responsibility as of January 1, has said today.

Stating chamber system reorganization as the key priority for 2015, at the traditional New Year’s encounter with journalists, Cadez expressed hope he will cooperate with them at the highest level possible and that they will meet.

He said SCC is not alone in this process, that it has support of German and Austrian chamber of commerce which are a part of the team on the project but that the support of journalists will be necessary so that team members could explain to the public and businessmen what they are doing why it is good.

Cadez thanked to businessmen who showed their trust and elected him a president of SCC, setting up this way reorganization and set up of efficient chamber system as the main priority.

Current acting president of SCC and president of the Belgrade Chamber of Commerce, Milivoje Miletic, estimated that cooperation between the chamber and media has been very good recently since there were a number of topics the public should have been informed about.

He confirmed that as the president of the Belgrade Chamber of Commerce , he will take an active part in chamber system reorganization system.