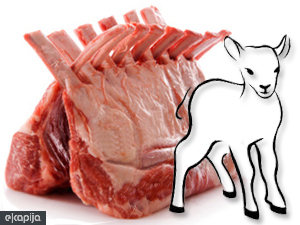 The minister of agriculture, Snezana Bogosavljevic Boskovic, said yesterday that three producers of lamb meat from Serbia are ready for export to Chinese market after protocol on export was signed in Belgrade.

She did not want to specify the companies. Bogosavljevic Boskovic outlined that Protocol on health requiremnets for export of frozen beef meat from Serbia to China which was signed yesterday, was the first of that kind.

Bogosavljevic Boskovic announced that in a month, an agreement which will enable beef meat export to China will be signed.

According to her, representatives of the Chamber of Commerce of China promised to invite their companies to come to Serbia and invest with Serbian companies in cattle production.

The minister outlined the ministry is doing "everything" da increase its agriculture and food products quantities which could be launched not only to EU or CEFTA markets but in other countries in the world as well.

As she added, a large demand of Chinese market for baby food and plums was mentioned in discussions.