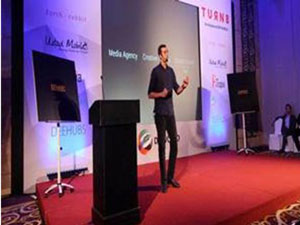 Clean Earth Capital, the developers behind the Novi Nis project, are organizing an IT start-up competition for young developers and programmers in Serbia. On December 22, 2014,called Innov-a-Thon .

CEC has organized a start-up competition with the two largest incubator/accelerator companies in the UAE with vast international experience which are sponsored and backed-up by DP World, the world’s largest port management and logistics operator – also based in Dubai.

This will be the first time that such a start-up competition has been organized in Nis. The two or three best finalists chosen will be sent to the UAE for three to four months, fully paid for, to pursue their initial phase one applications. DP world is covering most of the costs for the event in Nis, and Clean Earth Capital is cooperating with the USAID-funded technology cluster – Ni-Cat, The Electronics Faculty of Nis and for the coaching session on December 7 with the Metropolitan University’s IT Faculty in Nis. The idea behind the event is to foster economic cooperation between Serbia and the UAE, as well as give young Serbian start-ups the chance to develop their ideas and convert them onto a business platform in an international environment.

-Our goal is to foster more economic growth and foreign investment in Nis while we develop our project Novi Nis,” said the founder and CEO of the US company, Clean Earth Capital., Philip Bay.

-One of the ways we want to do this is work with advanced companies in the UAE who have interests in Serbia these days, and bring some of them to Nis as well, said Bay.

He went on to emphasize that the glory days of the electronics industry of Nis has slowly begun to re-emerge the past two years, but that success will be measured by more than just an increase in foreign investment.

-We need to get some of the young IT students in Nis -- and beyond -- interested to start their own companies. Jobs are important, but it is entrepreneurship that will create the good jobs that Serbia needs -- so this event is just one small step forward for the community.