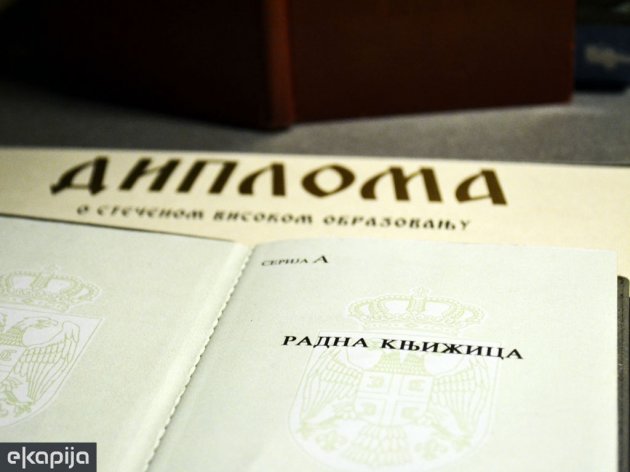 The head of the National Employment Bureau, Zoran Martinovic, says that at the moment the unemployment rate in Serbia is 17,6%.

According to him, there are 741.000registered unemployed people.

At the press conference in Cacak, Martinovic said the unemployed number in Serbia decreased compared dto Q1 this year for 52.000, and the unemployment rate for 3,2%.

- There are a few reasons for the unemployment rate decrease: favorable business environment, important system laws and there is a great influence of the labor inspection to decrease black labor market – Martinovic said.

According to him, the major number of the unemployed has the first and the second degree of education and high school.

Martinovic estimated that IT, electrical engineering engineers, finance experts, pharmacists, doctors with PhD degrees as well as ceramic workers, cooks and welders are the most employable.

The head of the National Employment Bureau in Cacak, Sasa Obradovic said that the Morava region, including Cacak, Gornji Milanovc, Lucani and Ivanjica, has a total of 20.470 unemployed, which is 1.500 less than in February this year.

He said it is encouraging that it was announced that next year a total of RSD 300 m will be set aside from the republic budget for employment incentives.