Nebojsa Djenadic, GM at Tigar - Fight is yet to come 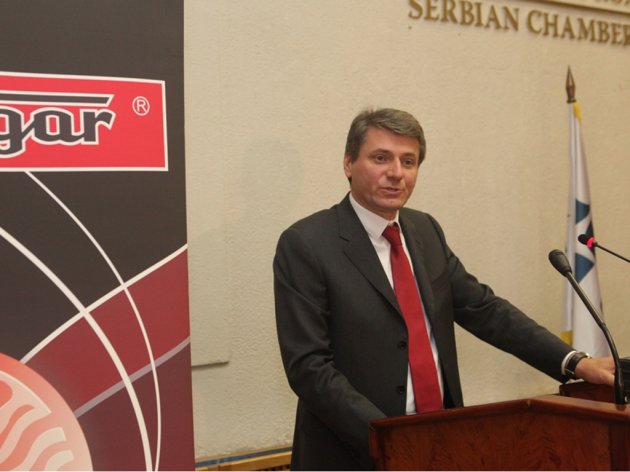 Nebojsa Djenadic
Although Tigar, after the collapse, started production, returned old customers and agreed new business, it does not mean we succeeded but that Tigar got new opportunity to fight, GM of the company, Nebojsa Djenadic, says at the beginning of an interview.

- During the previous years, the plant was sold to French Michelin as well as facilities and locations of i the plants Tigar Tehnička guma and Tigar Hemijski proizvodi for more tenths million euros. The debt to banks was generated totaling EUR 45 m and EUR 9 m to suppliers. All the funds were eaten ”and in early 2013, the production was halted – Nebojsa Djenadic says.

- Since I was appointed in the end of March 2011, we succeeded in starting production, without a penny and new loans. During 2013, we corrected financial reports for 2012 as well as years back so that we would define prepack plan which I believe is the only way to solve problem of debts and survive at the market.

The biggest trustees of Tigar are the state with RSD 1,23 billion, then, as Djenadic estimated, "trustee who saw the entire situation in Tigar in the best way and who helped a lot, German DEG fund. Tigar owns them EUR 7,3 m. Other trustees are also Srpska banka, Banka Postanska stedionica, Societe Generale bank, Hypo bank and Intesa.

He found the total debt of EUR 45 m which in its structure is EUR 10 m for the state and the rest for business banks of EUR 35m. According to Djenadic, debts to suppliers since March until today decreased and it totals EUR 5 m. 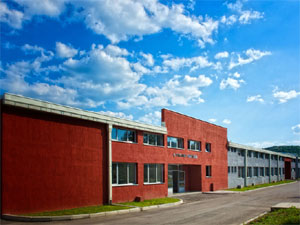 According to prepack plan, debt towards financial trustees should be repaid in seven years, two years of grace period and five years of repayment. According to Tax Directorate, debt will be paid in the next five years which is a maximal deadline in line with the law, with a grace period of one year.

The main portion of debt will be compensated through regular business. A part of the company which is not core business is planned to be sold and two years after that, they planned a loan of maximum EUR 2 m. When it comes to financial trustees (state and banks), the interest rate is 3,5%.

Results the company generated from January to June this year are encouraging since the sale of footwear products in the first half 2014 went up by 23% compared to the same period last year as well as sale increasing trend at foreign markets. 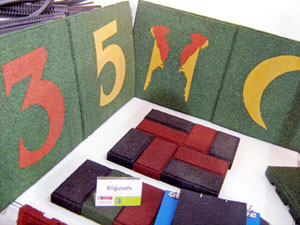 - We kept all customers and returned some old ones. For example, in 2010 and 2011, Italian Battistini was buying more than 160.000 pairs of shoes and in 2012 the contract with them was terminated. Now we succeeded in returning them – GM of Tigar says.

He added the plant of chemical products operates very well and they import to South Africa, Bulgaria and Bosnia and Herzegovina.

- When it comes to Tigar Tehnicka guma, we had a good start this year and we have already exported to Russia for their automotive industry. However, since Ukraine crisis started, sale has been halted. The crisis definitely has its effects – Djenadic says and explains that when it comes to technical rubber, they share the destiny of the surroundings.

Therefore, in the next two years, Tigar is planning to build a plant for chemical products. It will total EUR 400.000-500.000. They are also planning construction of the mixing plant, so-called Bela valjara.

- This may not be the right time to invest but we have to do it since the facility where Bela valjara is was sold to the French. By the end of the year, if the weather allows, we should start the works – a collocutor of eKapija says and adds that the facility should be completed by the end of 2015. This way, they would not have halts and the plant could continue working regularly.

It is estimated that EUR 1,6 m will be poured in the plant construction. 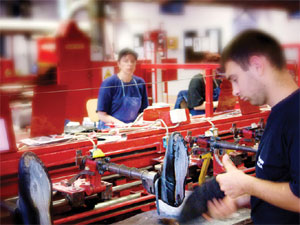 Tigar’s share price at the stock market in September 2014 went up by 66,67%, with parallel trading scope.

In the meantime, the price doubled or even tripled which rarely happens at the Belgrade stock market.

- When share price decreased, it was not its real value. The value of Tigar was underestimated. With the adoption of Prepack plan prices doubled which surprised me but made me happy as well – GM of Pirot-based company says.

During the last October days, Tigar’s share prices totaled RSD 90 which is a historical minimum recorded in August this year when you could get only RSD 42 for a share. To remind, in the year before the crisis, in April 2007, shares of Tigar were at their maximum so the price was RSD 3.199 per share.