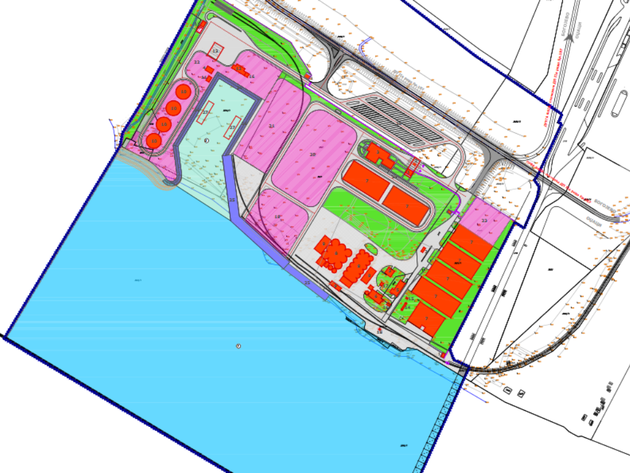 (Photo: Ehting Beograd/Idejno rešenje, screenshot)
According to the draft detailed regulation plan of the Port of Bogojevo, this port area on the left coast of the Danube, close to a Croatian border checkpoint, is to expand substantially.

The preparation of the plan was commissioned by the Ministry of Construction, Transport and Infrastructure, the planning consultant is the Municipality of Odzaci, and the plan developer is the Urban Planning Institute of Vojvodina. The preliminary design was prepared by the Belgrade-based company Ehting d.o.o.

The area covered by the plan amounts to around 54.87 ha. To the southwest, the border goes along the Croatian state border, to the northwest, it matches the borders with the municipalities of Odzaci and Apatin, to the northeast, the area is bordered by the Sombor-Apatin-Bogojevo road, and to the southeast, it lines up with the border checkpoint “Bogojevo” and the bridge on the Danube.

The activities of the Port of Bogojevo, which started working in 2005 and got the status of an international port, have so far consisted of the storage, keeping and reloading of primarily grains, mineral fertilizers, but also other bulk and general cargo.

In 2019, with 288,914.65 tons reloaded, the Port of Bogojevo was the third biggest port in Serbia (behind the ports of Novi Sad and Pancevo) when it comes to the reloading of grains, but the demands were several times higher.

– At the moment, only a small part of the defined port area at the Port of Bogojevo is developed, which provides the possibility of expansion and construction of new port capacities, which would enable an efficient connecting of water, road and rail transport and improve the conditions for combined and intermodal transport as one of the pre-requirements to incite the use of water transport services as the least expensive form of transport for mass cargo in internal and international transport – the planning documentation says.

As part of the expansion of the capacities of the Port of Bogojevo, the plan is to build new silos for grains and oil plants, storage spaces for mineral fertilizers and an outdoor and indoor storage space for bulk cargo (gravel and sand) and general cargo. 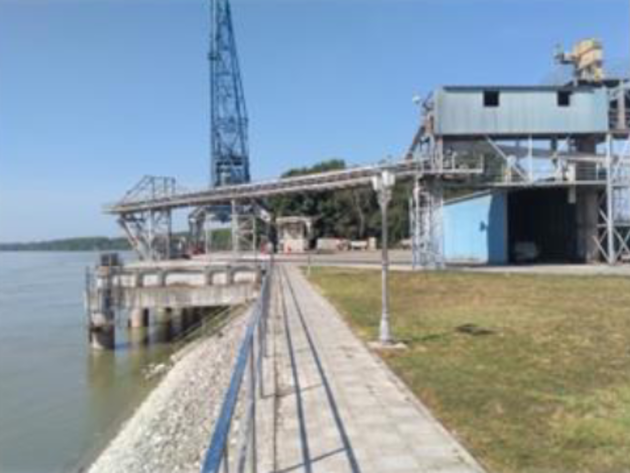 (Photo: Zavod za urbanizam Vojvodine/PDR, screenshot)
Furthermore, it is added, due to the growing trend of international container transport (pertaining to grains primarily), the plan is to build a container terminal of a smaller capacity, as well as a terminal for liquid cargo with four tanks of a capacity of 4x4000 m3.

The reconstruction of the Bogojevo-Danube coast railway (for the purposes of out-of-schedule transport of goods for companies) and the forming of an operating coast with vertical and slanted wharf walls, as well as industrial rail tracks, is also envisaged.

A new management building is planned near the main entrance to the port, and a range of auxiliary and infrastructural facilities, such as guardhouses, railroad scales, garages, energy source reservoir, substations, measurement and regulation stations, pumping-generation facilities, wells, hydrants, separators, waste water treatment facilities and other facilities, is also planned.

The current facilities within the port (the management building, the silos, the storage spaces and the auxiliary and infrastructural facilities) are to be kept and may be reconstructed. 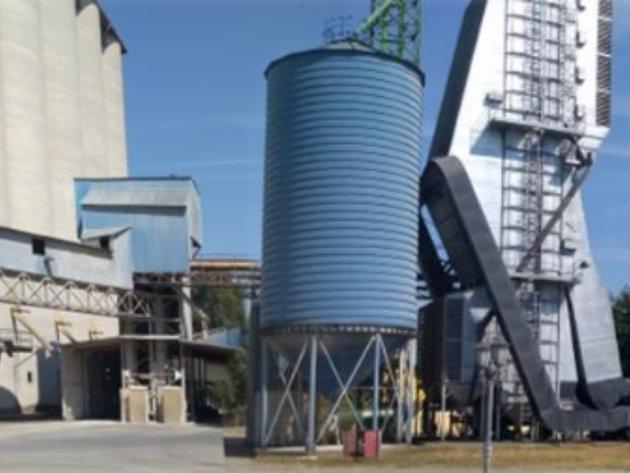 (Photo: Zavod za urbanizam Vojvodine/PDR, screenshot)
Also, accompanying compatible features are possible too, such as are not directly connected to the port operations (business operations, logistics, services, servicing activities, workshops and so on).

It is noted that the planned features and facilities in the zone of the embankment of the first defense line will not jeopardize the normal functioning of the defense line and activities related to flood defense.

The estimated value of the investment in the expansion of the capacities of the Port of Bogojevo is EUR 5.6 million (3.2 million in the port infrastructure and 2.4 million in the suprastructure).

The draft regulation plan for the Port of Bogojevo, along with the report on the strategic assessment of the environmental impact, is currently available for public view, until March 4, 2021.