Joy for Children, Trouble for the Planet – Toys Increasingly Dangerous to the Environment 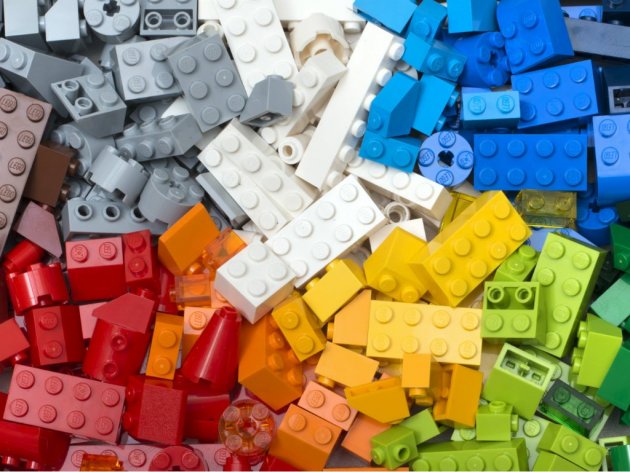 Illustration (Photo: patat/shutterstock.com)
They bring joy to children, but for the planet they're trouble – the global toy market is growing, but so are the problems related to their disposal after their shelf life, usually very short, ends.

The value of the toy market exceeded USD 90 billion last year, and the estimate is that 80% end at landfills and incinerator plants. More than 40 million toys in France end up at landfills each year, whereas in Great Britain nearly a third of the parents admit that they throw away usable toys because their children have lost interest.

Many toy manufacturers have announced a turnaround toward ecologically more circular business operations, entailing a redesign of the toys, but also the promotion of the model of sharing and re-use. For a huge amount of existing toys, it is these models that are the best way of keeping them from ending up in waste.

Famous toy manufacturer Lego has launched a pilot initiative in America which encourages owners to donate used bricks to institutions for children. According to the company's data, 97% of their bricks are already shared between users, and many are transferred from generation to generation of friends and families, but the company intends to increase the percentage.

– We want to help build a better planet for the future generations and we know that circular economy is part of that process. The goal of the Lego Replay initiative is to inspire owners to gift the bricks they don't use to someone – says Tim Brooks, Vice President of Environmental Responsibility at Lego.

In addition to the models which incite the reusing of toys, there are increasingly more subscription services which use a model similar to libraries and film and TV show streaming services. Among them are Happy Baton in Hong Kong and Whirli in Great Britain, which enable the renting of toys for a certain monthly fee. The toys are kept until the child loses interest and are then returned.

On the other hand, Dagoma, a 3D printing technology company, had in mind that broken toys were usually discarded without a second thought. That is why they designed a catalog of spare parts for the most frequently broken or lost toys. The catalog of the most popular toys in the past 40 years includes doll arms and dinosaur tails.

All these services help to keep existing toys in circulation as long as possible, but the long-term, solution is for the new toys to be designed and made in the spirit of circular economy. The design should stimulate as long a period of use as possible. For example, Lego bricks bought years ago fit perfectly with the ones bought today and can be used countless times to create new structures. In addition to that, the company has set the goal of having all parts be made from renewable or recycled materials by 2030.

Green Toys in California has gone even farther. They make all toys from recycled plastic or renewable sources such as organic cotton. In its 13 use of existence, the company has recycled nearly 100 million of milk balloons and showed that the market needs ecologically more responsible toys.

Log in to view complete information:
Forgot your password? Click here HERE
For free test use, click HERE
Latest
Most read
Law on Loan from German KfW Bank for Reconstruction of VMA Building Adopted – Energy Efficiency Worth EUR 50 Million 26.02.2021.
BRNABIC: Serbia Not to Export Lithium as a Raw Material 26.02.2021.
New Measures from the Crisis Response Team – Shopping Centers, Cafes and Restaurants Open Until 2 PM This Weekend 26.02.2021.
Tender for Contractor for Building of Nis-Dimitrovgrad Gas Interconnection Next Week 26.02.2021.
Swiss Textile Company Albiro to Establish Regional Logistics Center in Uzice – New Owner of Kadinjaca Factory to Invest in the City on the Djetinja River 25.02.2021.
Third BG Subway Line from New Belgrade to Banjica to Have 21 Stations – Detailed Route Presented 25.02.2021.
Tender for Contractor for Building of Nis-Dimitrovgrad Gas Interconnection Next Week 26.02.2021.
Stara Planina waiting for investors – Four locations in Jabucko Ravniste ready for construction of hotels and apartments 18.05.2017.
Weather
Weather forecast