What Happens to the Fashion Industry After the Pandemic – Some Brands to go Bankrupt, Used Goods to Become Increasingly Popular 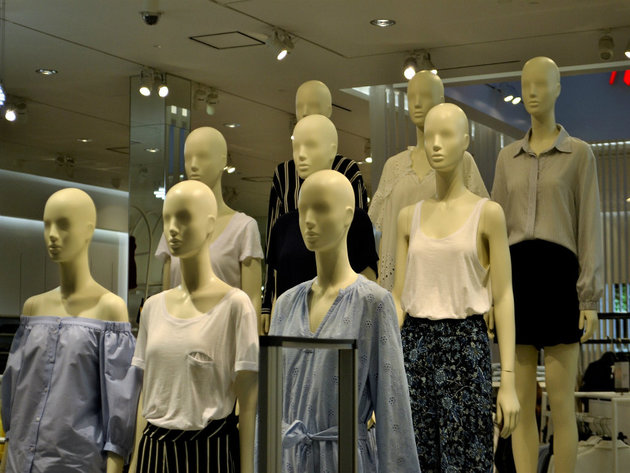 Illustration (Photo: Pixabay/F.Muhammad)
Only several months ago, no one could imagine that the fashion industry would be on its knees this summer. It all functioned like a clockwork – we bought cheap clothes, threw it out after wearing it several times and so on. Today, as a consequence of the coronavirus pandemic, many fast fashion stores are closing worldwide, online sales can't compensate for physical ones and analysts predict that, even when the pandemic ends, some time will pass before we go back to our old consumption habits, so it's possible that some fashion companies will go bankrupt in the upcoming period.

While the stock of unsold goods is growing in warehouses, and the losses measure in billions of dollars, the old problems are becoming increasingly visible. The fashion industry is one of the most invasive ones – enormous amounts of waters and chemicals are required in clothes production, supply chains are long and complex, the production expansion leads to piles of unwanted clothes ending up in landfills or in Africa, where it has a negative impact on local production. Many are now wondering whether the current system is sustainable.

Renting jeans instead of buying them

Even luxury chains emphasize that the current model of fast growth needs to be reconsidered and changed. Gucci was among the first to announce a new, non-seasonal, approach to collections.

– We are realizing that we have gone too far. Our inconsiderate actions have burned down the house we live in – the creative director of Gucci, Alessandro Michele, wrote during the quarantine.

Fast chains are also making the right steps, however small, to a more responsible business model. Well known brands such as H&M, Wrangler, Banana Republic, C&A, Guess, GAP and Tommy Hilfiger have signed the Jeans Redesign initiative. The initiative aims to have the jeans made in a way that's healthier for the environment and the workers, making it last longer and being easily recyclable.

An even “more circular” move was made by the Copenhagen-based brand Ganni, which joined forces with Levi's in the Love Letter campaign. Customers can rent jeans instead of buying them. Each piece is carefully cleaned after being returned and is again available for rent only after 72 hours. These campaigns follow the very successful projects such as Rent the Runway. The value of this service, which enables ordinary people to wear expensive clothes by renting them, has been estimated at a billion dollars.

Also, campaign supporting local production are increasingly present. This became especially important during the pandemic, when it turned out that the system where clothes are made for Asia for a company from Europe and then sent back to Europe was unsustainable and very harmful to the environment.

An important change that the fashion industry is facing is the increasing popularity of second-hand goods. The stigma of buying used goods is no longer there, Hollywood stars are wearing vintage clothes, the young are increasingly aware of the problems caused by the invasive fashion industry, whereas the older populace is turning to buying used clothes for financial reasons.

In the moment of economic uncertainty, more buyers will turn to used goods, as predicted by the authors of the report, citing the statements of the surveyed subjects. As many as 79% said that they planned to cut their clothes budget in the next 12 months, and four out of five said that they were open for buying used clothes when the budget is reduced. As expected, women are more ready for this, with 70% of those older than 18 being in favor of second-hand shopping. Generation Z (under 24) is leading this trend, followed by the Millennials (25-37), whereas those older than 65 are the least prone to buying used goods.

The report has shown that the readiness to sell out own things is growing. Two out of three people who didn't sell clothes before, are now ready to do so. The most frequent motive is earning, followed by environmental benefits, as well as the desire to empty the closets in order to make room for new things.

The authors of the report say that, in the future, the consumers will want to buy from home more and more, that it will be important to the them to get a quality product for their money, but also for the product not to be harmful to the environment. That is why the classic retail industry will have to change toward circular economy if it wants to survive, the authors of the report say.