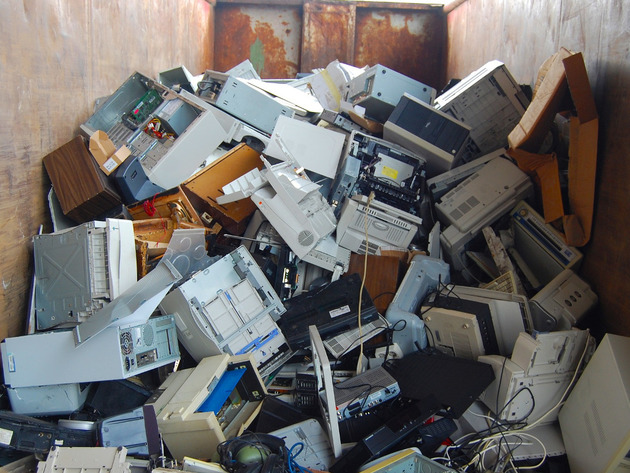 (Photo: Pixabay/dokumol)
A record amount of electronic waste of 53.6 million metric tons was recorded worldwide in 2019, and in the past five years, there's been an increase of 21%, the United Nations' E-waste Monitor 2020 warns.

It is estimated that the number would grow to 74 million metric tons by 2030, due to an increase in the demand for electric devices, a shorter life cycle of the devices and reduced repair options.

For the sake of comparison, e-waste generated in 2019 is heavier than all adult people in Europe. It is as heavy as 350 cruise ships the size of the Queen Mary 2, enough to form a line 125 km long.

This report shows that, globally, only 17.4% of e-waste is documented to be formally collected and recycled, which means that very valuable materials, such as iron, gold and copper, end up at landfills or incinerators, instead of being treated and reused. The loss in materials that could have been reused is estimated by the authors of the report at USD 57 billion, which exceeds the GDP of many countries.

The authors of the report remind that e-waste contains several toxic additives or hazardous substances, such as mercury. A total of 50 tons of mercury is found in e-waste annually.

The number of countries covered by e-waste legislation, policy and regulation grew from 61 in 2014 to 78 in 2019, but the level of enforcement of regulations, collection and management of e-waste remains low. Furthermore, many regions have not harmonized their regulations with the international methodology, so the authors of the report invite world leaders to adopt an internationally recognized framework for the measuring and monitoring of e-waste.
Tags:
e waste
electronic waste
computer waste
circular economy
copper
gold
iron
reusable materials
unused materials
Share: